“This is the reality of black girls: One day you’re called an icon, the next day, a threat.”

The above is the lamentation of the celebrated poet, who recited a poem during President Joe Biden inauguration, after a security guard accused her for the colour of her skin, in Friday night, while returning to her house in  Los Angeles

Recall that Gorman became an international sensation after reciting her original work “The Hill We Climb” at the inaugural, a poem inspired by the January 6 attack on the US Capitol.

She was the youngest poet ever to recite at a presidential inauguration, a role first given to Robert Frost by John F. Kennedy in 1961.

Amanda narrated that, “A security guard tailed me on my walk home tonight. He demanded if I lived there because “you look suspicious.” I showed my keys & buzzed myself into my building. He left, no apology. This is the reality of black girls: One day you’re called an icon, the next day, a threat.”

READ ALSO: Why Ngozi Okonjo-Iweala Is Called ‘Pee’ By Her Siblings

The 22-year-old Harvard University graduate, who was invited to perform in Washington after First Lady Jill Biden saw one of her readings, stated that, “In a sense, he was right. I AM A THREAT: a threat to injustice, to inequality, to ignorance. Anyone who speaks the truth and walks with hope is an obvious and fatal danger to the powers that be.”

The celebrity poet, took to her twitter handle to appreciate all that stood with her to condemn the racist act of the security guard.

“I am so thankful for the outpouring of support since the incident last night. It won’t change the truth of what happened, and continues to happen to Black Americans, but it reassures me of what I already know: There is always far more good in this world than bad. Love, Amanda”, she tweeted.

7 Facts You Must Know, Before Taking Covid-19 Vaccine For Your Safety

The Economic and Financial Crimes Commission, EFCC has extended hands of cooperation to the Nigerian Army Corps of Military Police, in order to ensure efficient operation in the fight against corruption.

This was the outcome of the visit by the Provost Marshal of the Army, Brigadier-General OL Olayinka to the headquarters of the EFCC on Wednesday at the commission’s headquarter.

He commended the cooperation between the EFCC and the Nigeria Army Corps of Military Police, noting that the Corps has over the years benefited from the Commission’s support especially in the area of forensic analysis. “We were going to establish our own forensic laboratory but we haven’t done that yet. We still rely on your forensic laboratory for analysis because we also deal with financial crimes”.

“We are here to thank you for your support and cooperation over the years. Nobody can go it alone,” he said.

General Olayinka urged the two agencies to build on the existing relationship.

In his response, Chukkol noted the similarity between the work of the EFCC and the Military Police, and assured greater support to the Corps. According to him, “we are going to work together and enhance the partnership.”

“The work that you do has similarity with what we do… we are open and willing to cooperate”, he said.

Mavin Records’ CEO, Don Jazzy, has reacted after his ex-wife, Michelle Jackson, penned a heartfelt message to him after news of their failed marriage years ago emerged.

Recall that Don Jazzy recently revealed that he got married at 20 and was divorced two years after.

Not long after Don Jazzy big revelation, social media users took it upon themselves to beg Michelle  to take him back.

Michelle upon seeing this, sent Don Jazzy a message thanking him for his kind words about her in his statement about their failed marriage.

“Thank you so very much for the intense love you have shown me, along with your beautiful messages; my inbox is flooded right now and my heart is full. I appreciate you.

“Thank you also to my wonderful friends and family who have been loyal all these years. Last but not least, thank you @donjazzy for your kind expressions and to the rest of my extended family for keeping me under your wing and loving me just the same.”

However, Don Jazzy, reacting to her message, commented with love emojis via his Instagram handle.

From Nigeria To The World: Amazing Zobo Drink

Popular Nigeria snack drink, Zobo, made with some local ingredients, have become an official wine in Canada and other countries of the world.

Lauretta Onochie, the Special Assistant to President Muhammadu Buahri, on social media, @Laurestar, describing to elegance of the Zobo drink on her twitter account, said.

” Humble Zoborodo! Yes, Zobo drink. Looking elegant and majestic. It’s all about packaging. We can in Canada. Yes we can in Nigeria….. Thank you @FeastofAfrica”.

Watch the Amazing Picture of packaged Zobo drink, in Canada, by Feast of Africa, Indeed, Nigeria to the World. 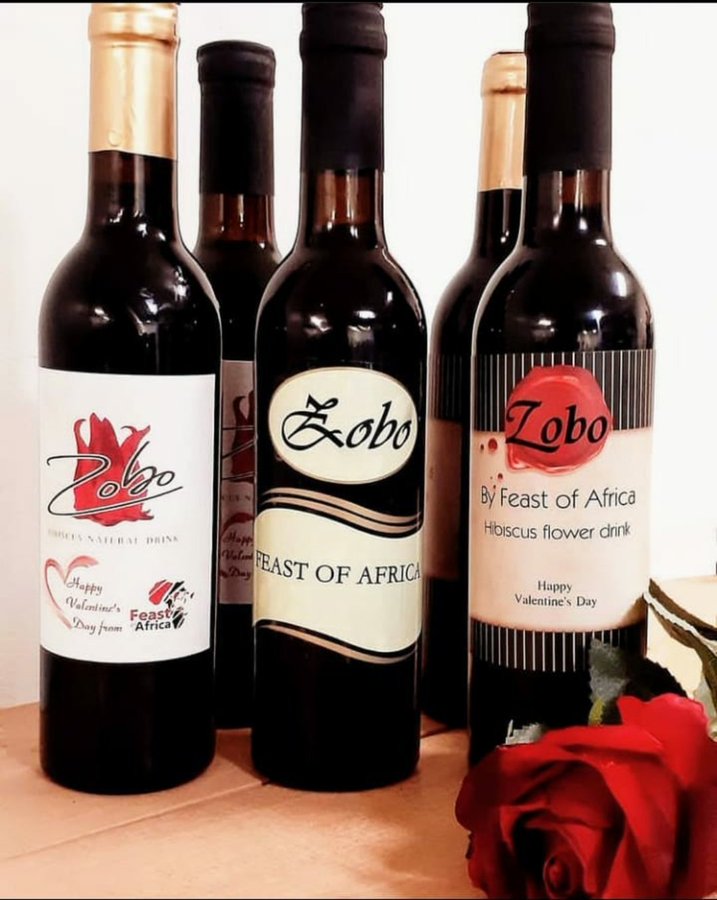 Hounding The President. Will They Ever Learn? – Femi Adesina